Enamel Signs – from ubiquitous wall-signs, to elegant works of art and now an art investment

At the last major auction for antique, enamel signs, the full-sized ‘Chocolat Cailler Frigor’ sign by Leonetto Cappiello sold for €84,000 which, after including auction fees, brought the total amount paid to more than €100,000. This marked a new, all-time record for an amount paid for an enamel sign at auction. Why is there a collector’s market for enamelled artwork and why do the best, vintage enamel signs sustain such a steady increase in value?

Towards the end of the 19th Century, enamel signs became a commonly adopted means of advertising, with production volumes peaking between 1910 and 1930. It was in this same period that companies developed the idea of promoting their brands. Enamel signs quickly became the most effective means of advertising at a time when neither radio nor television advertisements were possible, and newspapers were still mostly published in black-and-white print. They were brightly coloured, durable and, as a result, remarkably versatile. Enamel signs could be found on the walls or doors of local grocery stores and almost everywhere. Enamel signs served a range of purposes, but also brought trending art movements of the time to a much wider, public audience. This helped influence the overall direction of the art-form. The enamelling process is such that the best enamel finish is achieved when the artist’s illustrations and designs have clear contours and sharp colours. 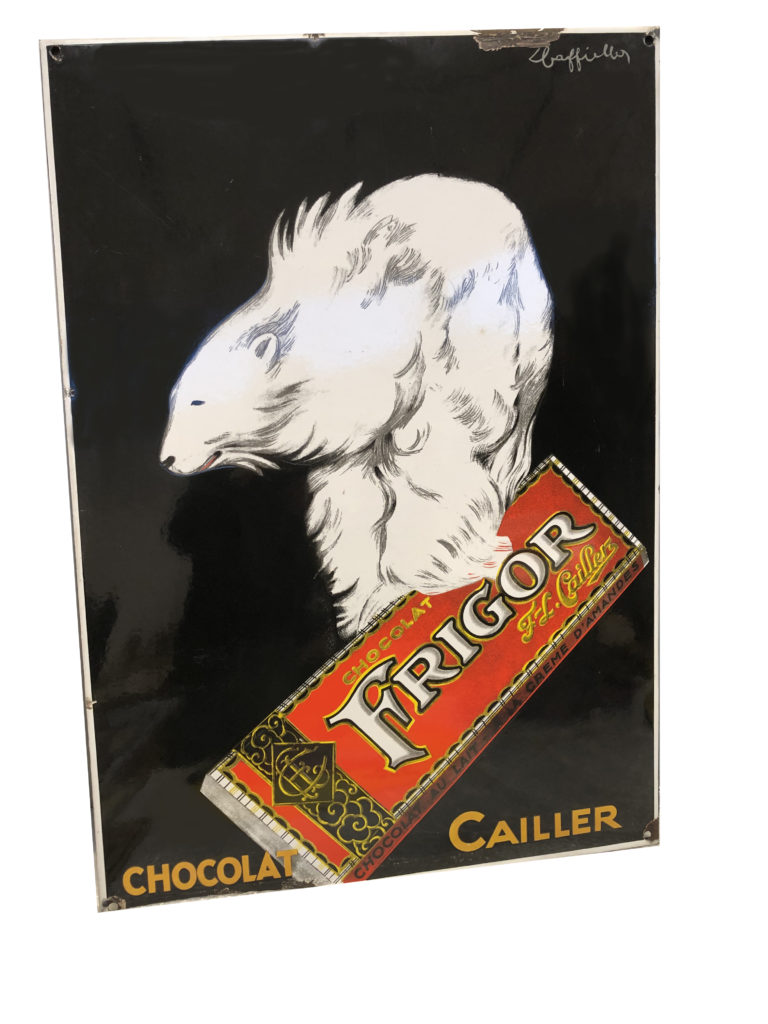 There are three-key attributes that make enamel signs valuable. Similar to other kinds of collectors’ market, the first attribute is the rarity of the original enamel sign. The ‘Chocolat Cailler Frigor’ mentioned earlier is one of two enamel signs of such high quality still known to exist. But that is not all. There are a number of other enamel signs, which are also exceptionally rare, but have not received similarly high valuations.

The second attribute is craftsmanship. An enamel sign of the quality of 'Chocolat Cailler Frigor' or the ‘Parapluie-Revel’ from Leonetto Cappiello, which adorns our collection line, were – and are even more so today - considered to be works of exceptional artistry. Enamelling helps make art tangible. Collectors often brush their hand over an enamel sign when examining it and trying to appreciate its true artistry. Enamelled artwork is tactile. The ‘sugar-glazed’ finish achieved through enamelling is often described as a signature of high-quality. ‘Sugar-glazed’, as the name may imply, emphasises how the enamel finish is applied thickly and, in any case, is always applied by hand. In Germany today there is only one company which still applies this traditional enamelling procedure. This follows from the official closure of the ‘Enamelling Letterer’ professional apprenticeship programme 10 years ago. The craft, itself, is now beginning to follow suite and is slowly dying out.

The third and final attribute is artistic flair – the best enamel signs are real works of art. Leonetto Cappiello was widely acknowledged as ‘Father of the Modern Poster’. The ‘arabesque’– the moment of surprise and his unique ideas became his pioneering trademark. Cappiello built on the work of Jules Chéret and Henri Toulouse-Lautrec. Together with Jean d’Yien, he helped represent the picturesque, French-style enamel signs of the 1920s. Cappiello clearly had his artistic roots in the Art Noveau movement. Cappiello’s enamel signs are considered to be amongst the most beautiful and remarkable examples ever made. It was for this reason that we at Emaille Art decided to launch one of Leonetto Cappiello’s most famous pieces, the ‘Cognac Monnet - The Sun in a Glass’, first as a full-size, enamel sign. However, early 20th century advertising art also had many other different stylistic influences such as Italian Futurism, which embraced the power and speed made available by new technology, the Art Deco and the Bauhaus style movements. 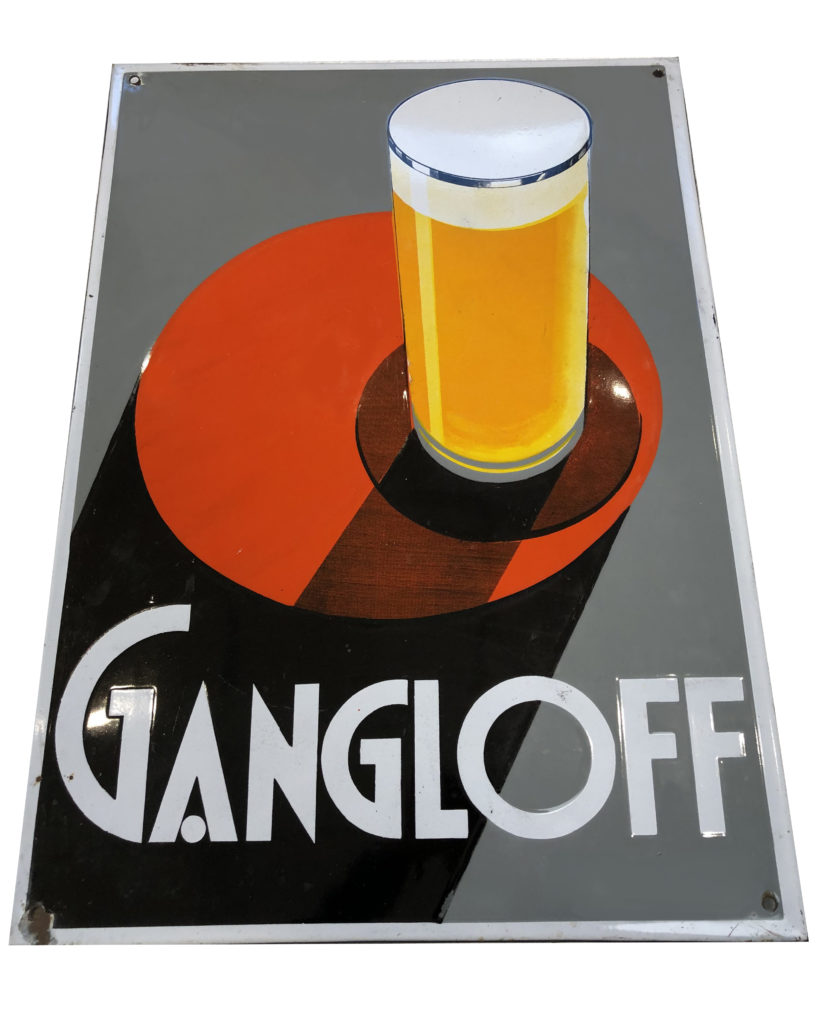 Emaille Art is committed to the beauty of enamelled artwork. We want to preserve the celebrated craftsmanship of the past for as long as possible. But this is not a matter of just replicating artwork, but a matter of applying enamelling to today’s art. Enamelled artwork should not be consigned to the past, rather it should be treasured as a fascination for today. We will soon extend our coverage to Pop and Urban Art. It will not come as a surprise that Robert Indiana and Alex Katz, both well-renowned pop artists, whose works typify visual clarity, have experience creating enamelled artwork and enamelled cut-outs. Leonetto Cappiello’s ‘Cognac Monnet – The Sun in Glass’ was a suitable foundation for us to start and build our exclusive collection of limited edition, enamelled artwork.

Am Nonnenhof 9
60435 Frankfurt am Main
Germany